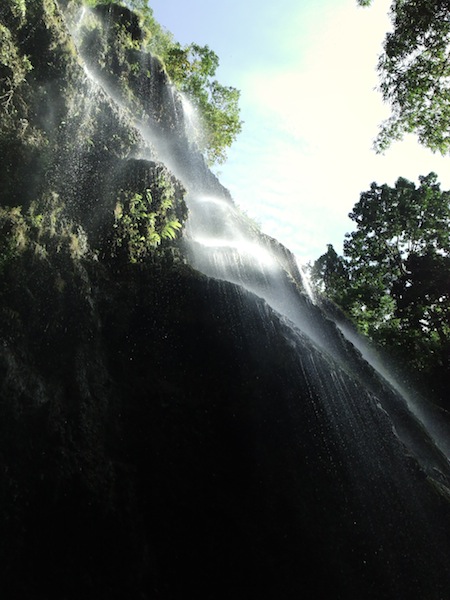 After an exhilarating whaleshark adventure, Ito and I were ready to head for the Sumilon dock to return to the island when our driver suggested we take a little detour to visit some falls. It was still only about 8:30 in the morning so we decided, why not? The drive to the falls from the whaleshark area only took about 15 minutes–the roads are spanking new and are by a beautiful ravine filled with soaring bamboos. We parked at the top of the road and took a steep walk down since the area is still undeveloped and not commercialized (which I loved!). 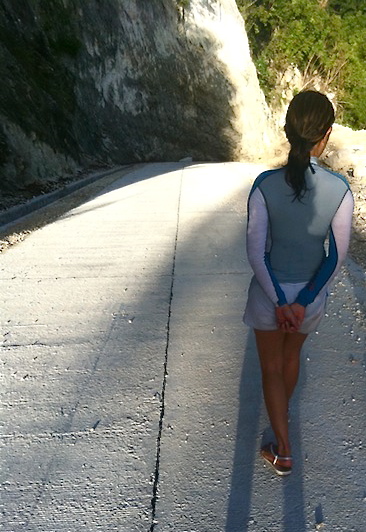 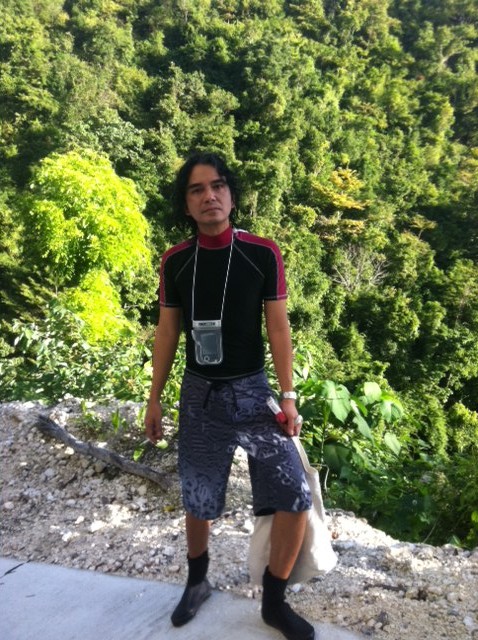 The air got progressively cooler as we neared the end of the road. At the bottom was a dirt path that led through a bamboo forest with pretty, aqua-tinted pools of water that cascaded down the side of the mountain… 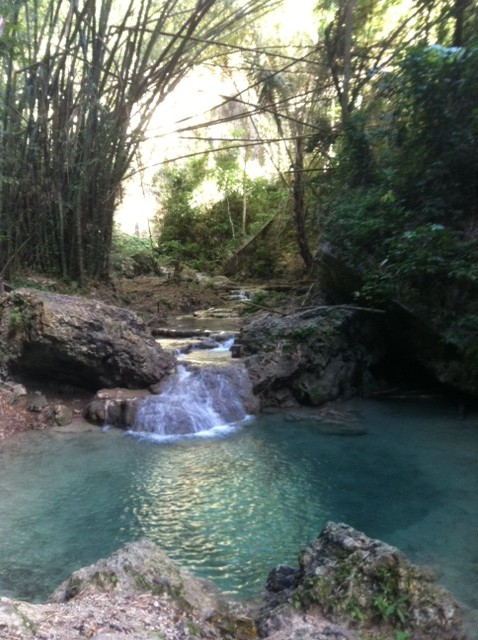 …the water was so clean–super fresh and icy cold! 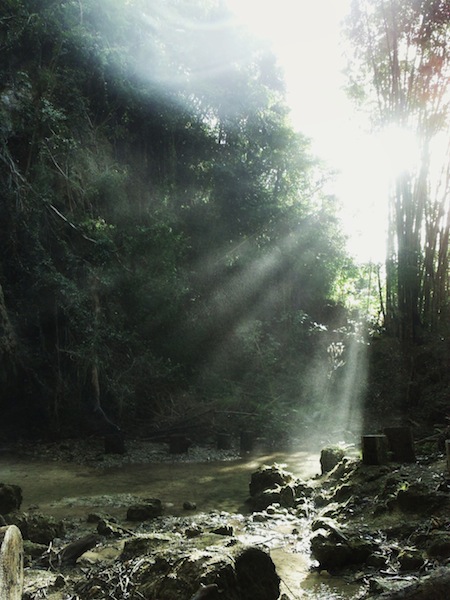 We continued following the water path til we reached the clearing…then, wow! I was stunned. The falls were glorious!!! Breathtaking and  cinematic… 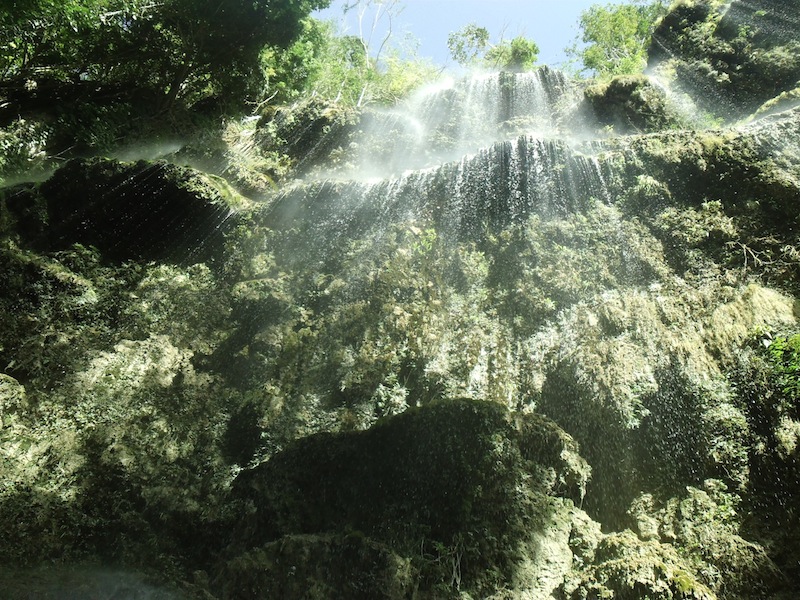 …and towering! The falls were about the height of the mountain!

As if to completely show off, there was even a full rainbow that appeared in the mist, so we can actually say we got to the end of a rainbow! 😉 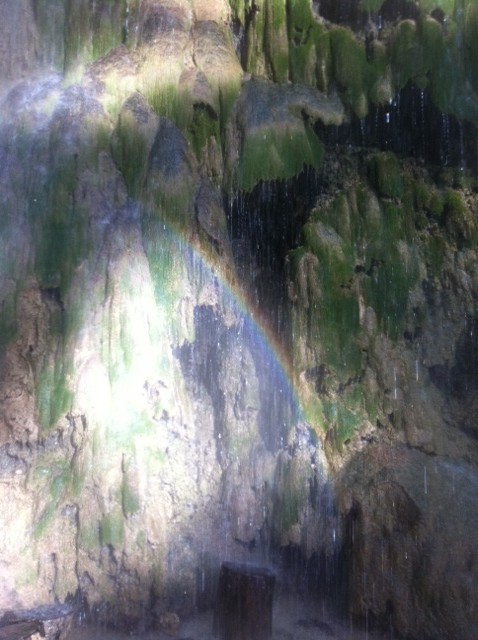 I couldn’t resist jumping in and going for a swim in one of the pools. The water was so invigorating, it was like drinking two cups of doppio espr 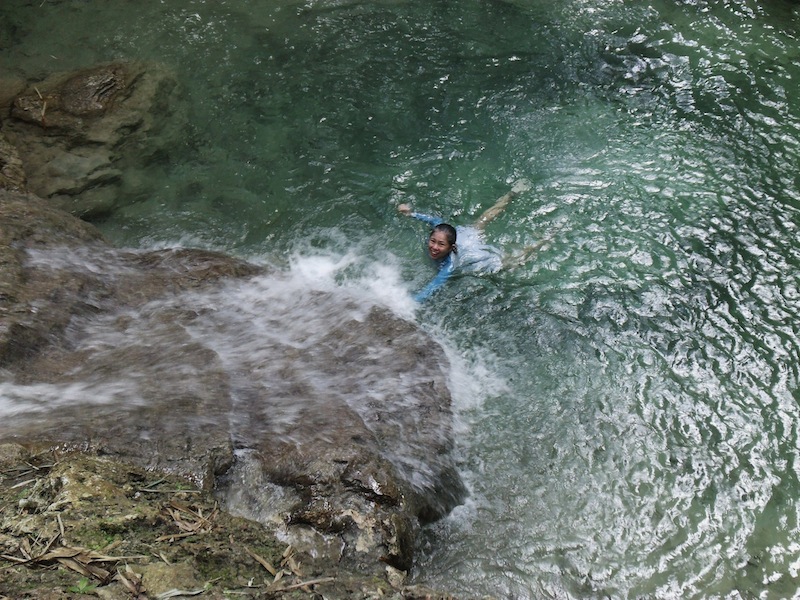 essos straight–I was wired for the entire morning!

Visiting the Tumalog falls and having it all to ourselves was definitely one of the most unexpectedly beautiful experiences I’ve had. Let’s hope they keep the natural charm of the place even as the town of Oslob develops. It’s one of those hidden natural treasures that I hope stays preserved! 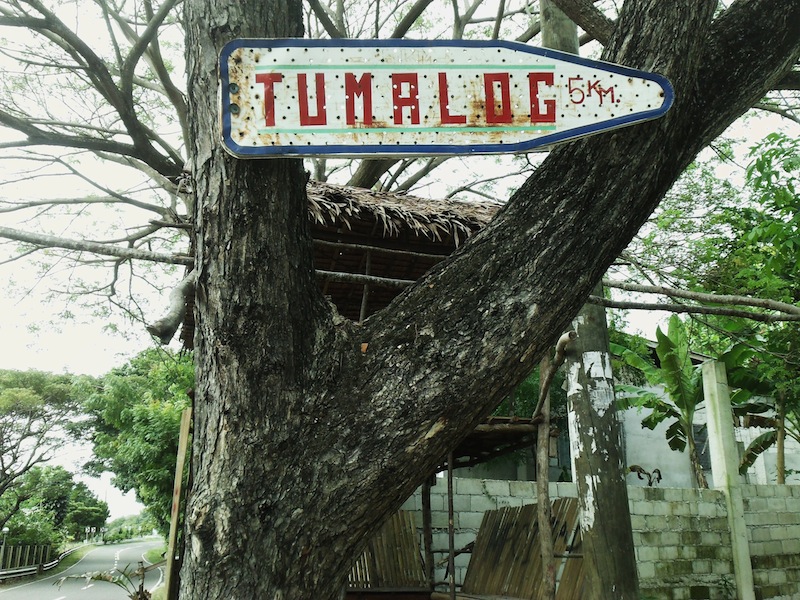 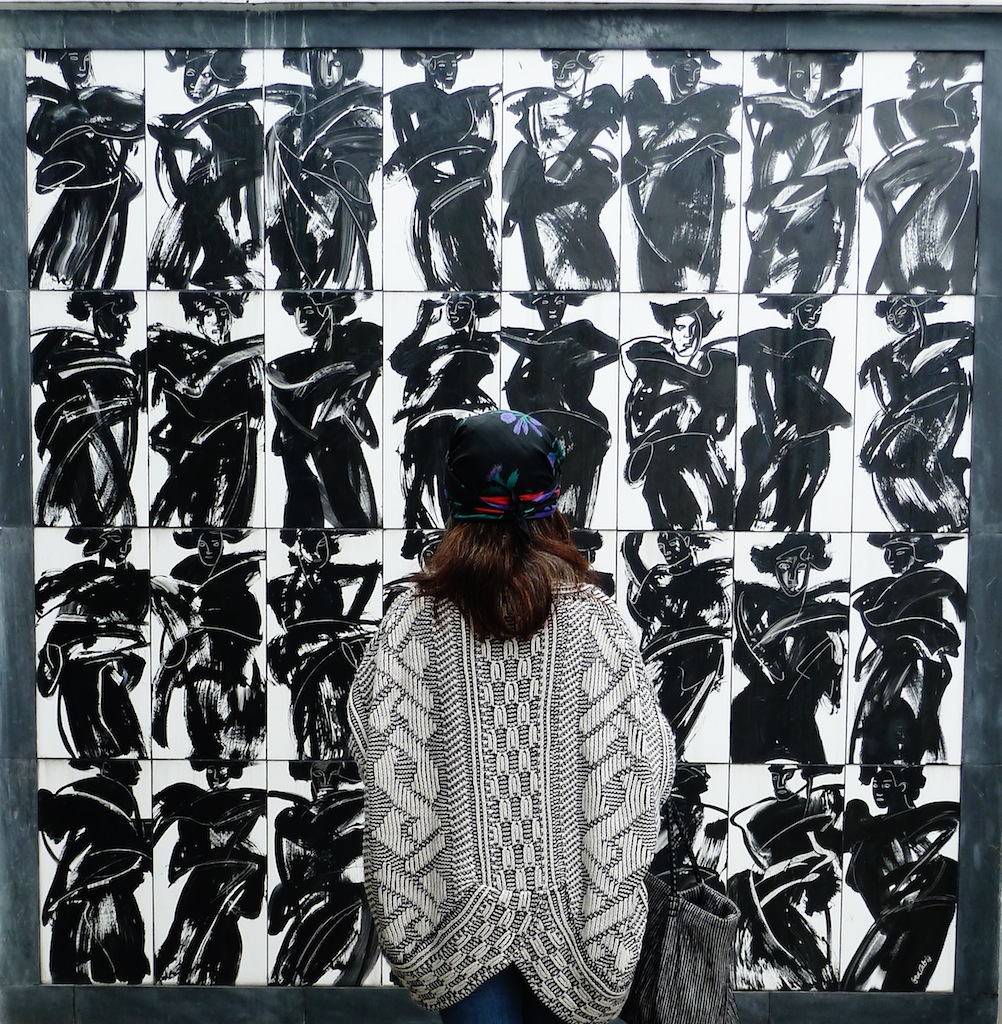 Head In the Clouds 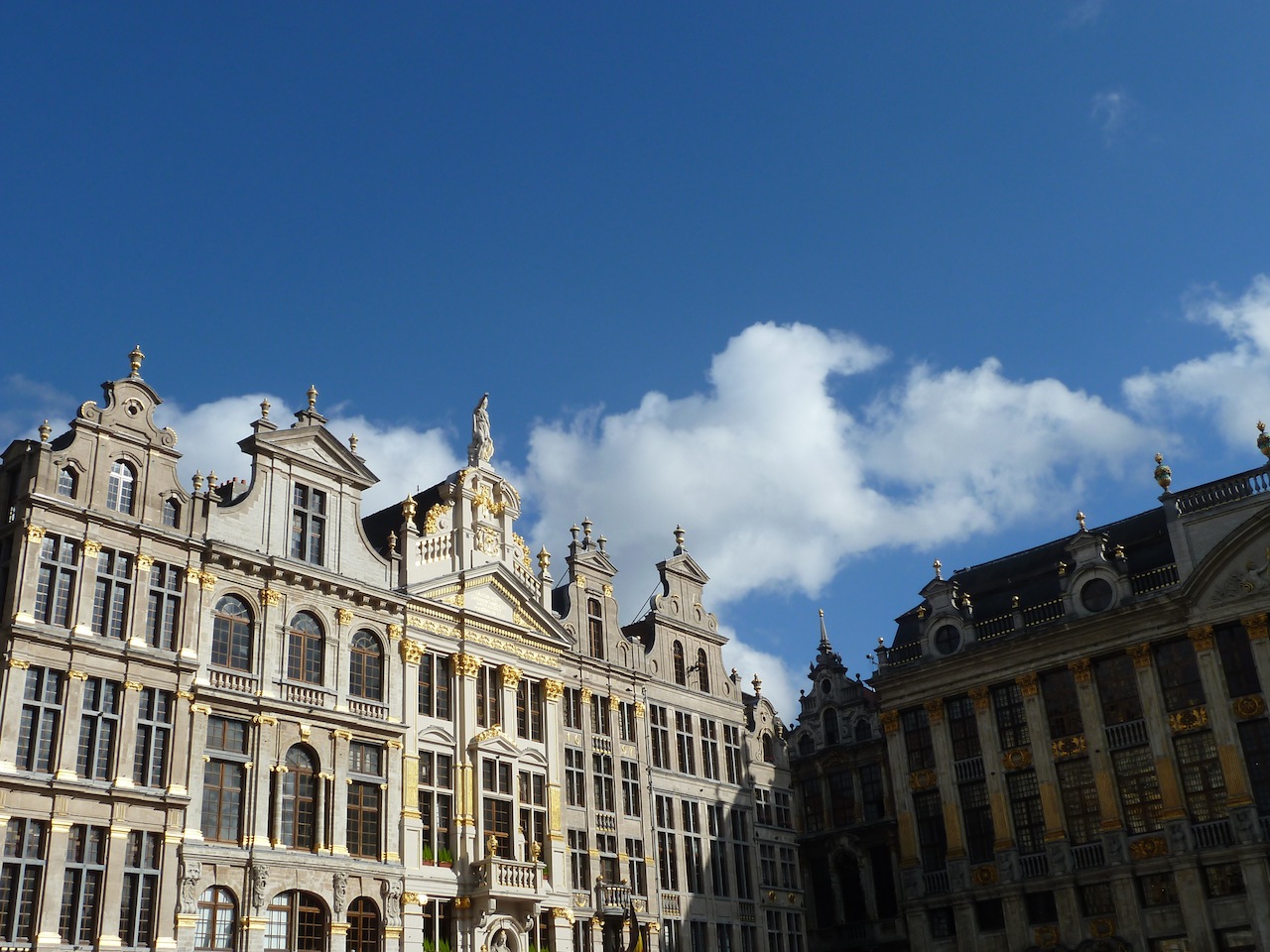 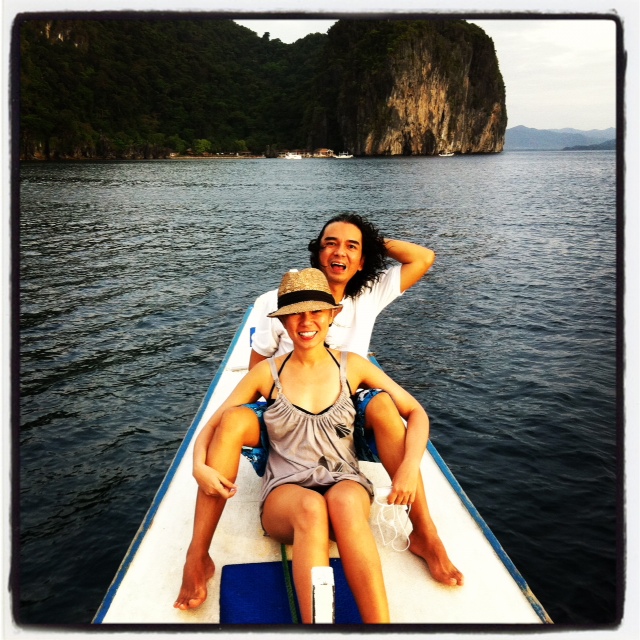 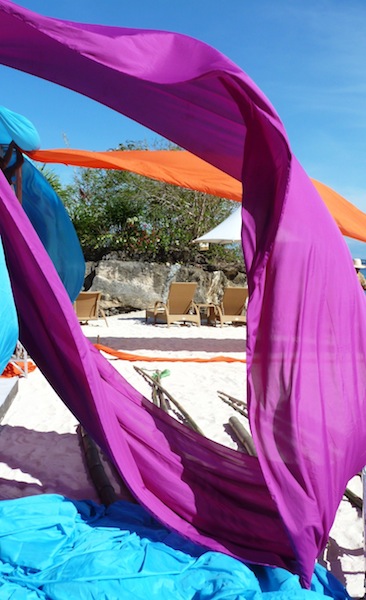