It’s true what they say about traveling being more about the journey than the destination. This never seemed truer than when I took an unexpected detour from the straight and narrow road that I had earlier mapped out for myself.

In life, as in travels, it’s the hidden streets, unpaved pathways and unmarked doors that open up and lead us to discovering wonders both big and small, in and outside ourselves, lengthening our lives in ways that stretching the years never would. After all, if the quickest way from point A to point B is a straight line, then doesn’t it follow that the quickest way from life to death is the same?  It’s the twists and turns and surprise loops that make a life well lived seemingly stretch out to cover more than just one lifetime.  After all, what good is a life, or a road, that is as long as it is empty? However long and hard we labor at stretching our years, our life is never really ours—the time isn’t ours.  All we have is what we make from it, the joy, disappointment, boredom, interest, fear, disgust, elation, angst, contentment, guilt is all ours to take. If you think about it, a road is never really a road until it is stepped on, pounded on by wheels, trampled down by feet, crossed by many times over—until that happens, a road is nothing more than a barren patch of dirt.

I didn’t, however, always see things this way.  After graduating from university, I was revved up to travel straight down my career path… join an advertising agency, win awards, get promoted, get pirated, move up…everything neatly mapped out and paved, down the road to success. But like any road you follow, you soon find yourself on cruise control, carried along by the rush of the traffic, stepping harder and harder on the pedal in your hurry to reach your destination.  Then something happened—I was nearly 29 and was where I thought I wanted to be in my career, but suddenly I wanted out.  I panicked, suddenly realizing that when I took my eyes off the straight road ahead, that there was a whole world outside my window passing me by, and that if I didn’t stop to explore now, I’d most likely never find my way back.  Like travelling out of town, and vaguely noticing an interesting rice field, a quaint market, an unusual town, and always thinking to stop by on the way back, but somehow never managing to find it again. I had to get off the highway before I reached my exit. 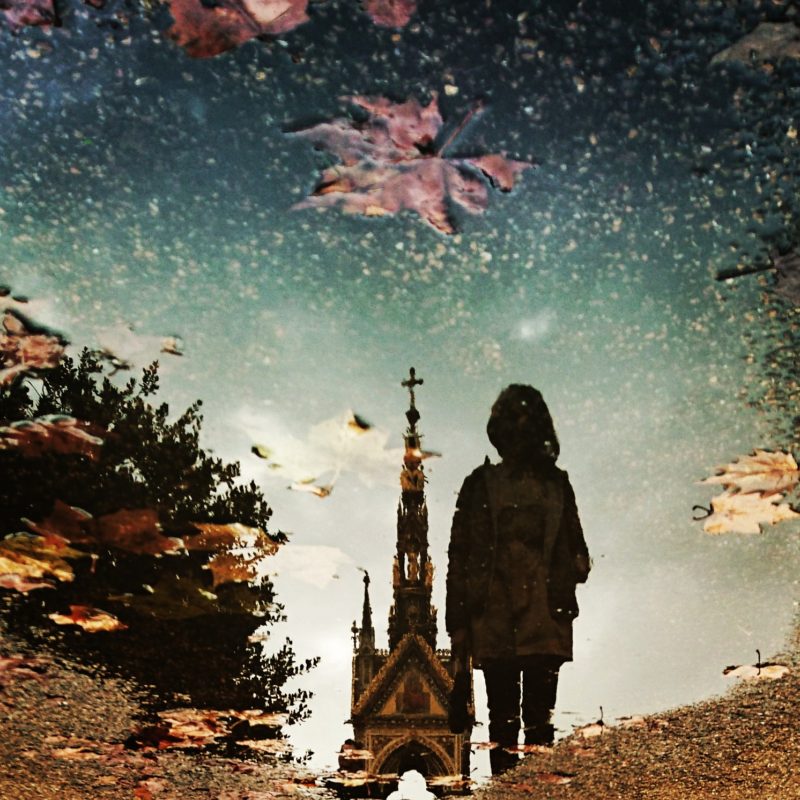 It’s been four years since I took that impulsive detour, but it sometimes feels like time in a vacuum—going by quickly yet at the same time, stretching out longer than what the hands on the clock or the days in the calendar suggest. Like when you’re lost and it seems that you’ve been going around forever when it’s only been a few minutes. This is the phenomenon that being in unfamiliar territory brings.  It heightens your senses, sharpens your instincts, making you experience things in strange and interesting new ways so that time itself seems warped.

This is in stark contrast with how, growing up, most of us learn to stretch our time.  In trying to make the most of those minutes ticking away, we turn to what’s most familiar in an effort to avoid mistakes and save time.  Exploring and finding our own way seems like such a waste of precious minutes, it makes sense to take the quickest known route to where we want to go and just follow it to the end.   Instead of taking risks— slipping into life and stretching it out like a favorite sweater, pulling it this way and that to see just how far it would go before it lost its shape—we choose to play it safe.  Restricting ourselves to a set path, binding ourselves to our comfort zones until before we know it, we have mummified ourselves, wrapped up in the trappings of our daily routine.

Which is not to say, of course, that all routine is bad.  As almost anyone who has worked a regular job knows, efficiency and routine are the backbone of every successful, moneymaking industry.  The Industrial Age itself was ushered in by the concept of effective time management—the wick that lit the boom of mass production, and left the average worker with more spare time and money than ever before.  But along with this came the curious idea of using the time saved to do more things, to work more hours, to make more money, to have enough when we retire to buy back some of the time we lost and to do all the things we missed out on.  In short, making the most of our time by holding out on the present in the hope of securing a better future—saving up our seconds and minutes for a grand withdrawal somewhere down the road.

This isn’t much different from how others choose to add to their lives by taking away from it—holding back on the experiences, both good and bad, that make life worth living at all. They stop enjoying food, concerned with losing their figures and looks and fearful of what the cholesterol will do to their arteries. They stop exposing themselves to the outdoors, worried about the effects the pollution and the sun would have on their skin, paralyzed by fears of ozone depletion.  They stop pursuing their passions, certain the highs and lows brought about by too much adrenaline would age them, opting instead for safer, more stable pursuits. They avoid anything stimulating, stress-producing, exhilarating, disappointing, intoxicating, heart-breaking—opting instead for simulated youth through their Botox-induced, expressively-blank, emotionally-numbed lifestyles, perfectly preserved and wrapped in gauze for future generation’s study and perusal.

At first this may seem to make sense.  We care for the things we treasure to make them last, such as a favorite pair of shoes, or a shirt, maybe.  The less we use them, wash them, stretch them, stain them, scuff them, rip them—the longer they last.  And when we want to preserve something, we keep them in airtight containers, hidden in dark corners, safe from harmful outside elements that could quicken their demise.  So when it comes to our own lives, we choose to follow the same path.  Risk in any form seems to be at odds with the desire to live a long, secure life.  Opening yourself up to different experiences leaves you feeling vulnerable, not in control of your destiny, just as letting go and riding out whatever comes your way seems more dangerous than taking control of the wheel and steering yourself towards a predestined place.  It is this desire for some semblance of control over our unknown fates that leads people to hold back, seek out the safety of what they do know, do what’s tried and tested, and take that same route over and over again.  In the process, however, they don’t realize that they are actually relinquishing control, turning their lives over to auto-pilot, and just cruising along the same, delegated path.

The alternative, of course, is anything but a smooth, trouble-free ride—it is, in fact, guaranteed to take up most of our time and cause quite a headache.  There are no express lanes, route markers, streetlights, or even road signs to lead the way.  Instead, we will most likely run into potholes, wrong turns, steep climbs, and even dead ends, miles away from where we came from and from where we wanted to go. But as in any place truly worth finding, we slowly realize that the wrong turns, seen from a less stringent perspective, are often leading us to the right path.  And the dead ends, once we’ve stopped to take a breath and taken the time to enjoy the scene around us, aren’t so dead after all.   By not controlling exactly where we want to go from the start means opening ourselves up to finding other destinations we may never even have dreamed of coming across, and in the process discovering that the inroads we have made outside lead inside us as well.  By constantly stretching our limit, we continuously stretch the capacity of our own life, lengthening it sideways, front-ways, and all ways, not limiting it to the straight line drawn between birth and death. And as we slowly redefine the things we thought we knew about ourselves, paths inadvertently open up within us that we were never even aware of, slowly bringing us to the realization, as we go along our way, that our journey has turned out to be our ultimate destination.

Inspirational Photos of the Day

Styling Up a Storm

Inspirational Photo of the Day